Blockchain Easy Explanation
Blockchain Easy Explanation – A Blockchain is a database structure based on a decentralised digital platform. Blockchains allow digital transactions that are transparent & is the basis for digital currencies. Check out the best Blockchain Easy Explanation now!
The blockchain is a decentralized database structure or a digital register that records transactions transparently. It serves as the basis of many digital currencies. The special characteristics of Blockchain technology are decentralization, immutability and transparency. In terms of decentralization, Blockchain is often referred to as Distributed Ledger Technology.
​
Be your own bank is a popular phrase in the bitcoin and blockchain scene. But why would you want to be your own bank? Some idealists criticize the current banking system for control of money to be centrally located in the hands of powerful institutions. The question arises as to whether such a centralized system can be secure and trustworthy in the long term. How does a centralized system guarantee that no changes are made to the main ledger? How does it protect against an accident or cyberattack? How can it be guaranteed that only authorized persons have access to sensitive data?

Such dangers and uncertainties could be reduced, if not eliminated, with a decentralized solution.

Blockchain for beginners
Blockchain is the backbone of Bitcoin and most other digital currencies. Ultimately, it is an openly accessible general ledger that transparently documents all transactions made. This general ledger is not stored centrally, but stored and updated on many different computers - the so-called nodes. The decentralized filing and the process of mining (note: the mining does not have to happen with every blockchain) make sure that a blockchain does not have to be managed by a central authority. 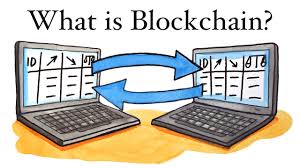 In the proof-of-work approach, computational tasks must be solved that can only be solved by frequent trial and error. This ensures that sufficient work is invested in the calculation and hedging of the transactions. The proof-of-work approach is extremely energy intensive, so the power and hardware costs would make a scam senseless.
In addition to the proof-of-work approach, there are other procedures, such as the proof-of-stake approach, in which not the computing capacity is crucial, but the shares (tokens or coins) to the respective cryptocurrency.
​
There are now applications for blockchain that go far beyond the function of a financial transaction book. For example, so-called smart contracts (contracts that are embedded in a program code) can be stored on a block chain with which a wide variety of management and process applications can be handled. The execution of these smart contracts can be tracked in real time - as a logical further development of the open-source concept, the blockchain thus makes an open execution possible.

​In this way, sensitive data such as health data or ownership such as land ownership can be organized and controlled via a block chain. At the same time, every entry ever made in a blockchain directory can be traced forever and not deleted or changed. Accordingly, many states and companies are interested in researching this technology. The main motives are safety, transparency and efficiency. The ability to automate processes through a secure infrastructure while eliminating the risk of data manipulation seems appealing to many institutions and organizations.

​​It must be remembered that there is not one blockchain. A blockchain can rather be designed very differently. A blockchain used in the administration of a public agency is designed differently than, for example, the most popular blockchain, the bitcoin blockchain, which is the basis for a large number of applications.

Where does the blockchain come from?
​
The history of Blockchain is strongly linked to the history of Bitcoin. In 2008, the white paper Bitcoin: a Peer to Peer Electronic Cash System was published under the pseudonym Satoshi Nakamoto. This paper presents a concept for a decentralized monetary system.

Ultimately, the Blockchain reveals an idea that is in line with the Internet and BitTorrent. These two ideas are decentralized in nature and, in principle, do not require central servers.

What is the Blockchain made of?

Decentralization and cryptography
A key aspect of Blockchain is its decentralization. Although this can be different pronounced, but all applications have one thing in common: the blockchain is not on a single computer. In addition, cryptographic methods are used which ensure a high degree of security.
​ 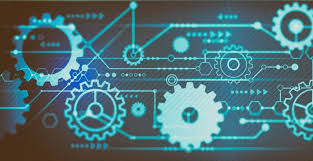 The direct sending of values
The Internet allows the sending of information, but not of values. This is exactly where Blockchain comes in, providing a secure infrastructure to send assets or sensitive data without relying on a middleman. In this context, the term peer-to-peer is often used.

Immutability
Posts once stored in the blockchain can be extremely hard to remove from the blockchain. To do this, all the nodes on which the blockchain is stored would have to jointly decide on a manipulation thereof. Since everyone can eventually build a node, this possibility is almost eliminated.

Transparency
Depending on the degree of decentralization, a system based on a blockchain is very transparent. Almost all digital currencies track transactions. It is possible to see who has added which blocks to the blockchain via the proof-of-work system. The same applies to other data stored on a publicly accessible block chain.
​
Consensus mechanism
As already mentioned above, decisions are not made by a central body, but by the entire network (depending on the governance concept)! This form of organization is very interesting from a democratic-theoretical point of view, for example, for decision-making, as it can overcome, for example, participatory deficits and hierarchical forms of organization.
Especially private blockchains, which are subject to certain restrictions, may deviate from the assumptions made here.
​
​
Why are so many interested?
The idea of ​​decentralization is not interesting alone as a political utopia. Rather, the blockchain can be used to implement a variety of applications that would be difficult or even impossible to implement in a centralized form. Three examples illustrate this.
​
The Internet of Things sector is showing keen interest in blockchain technology as many different devices interact as equal partners in a network. The blockchain makes it possible to network these equivalent partners without the need for a central server.
​ 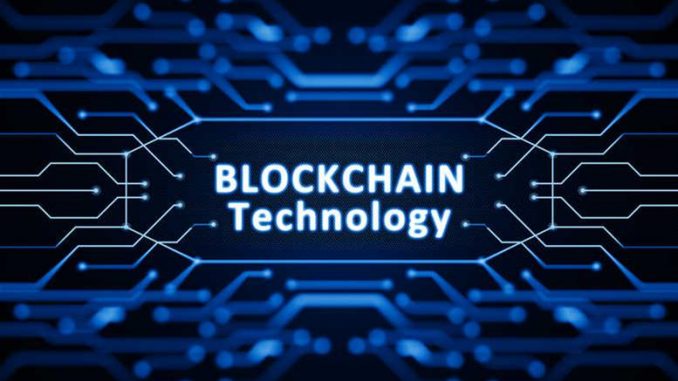 Many banks are working on the blockchain in the financial sector, as banks and payment providers also rely on partially decentralized systems to hedge transactions.

The Smart Contracts allow so-called Decentralized Autonomous Organizations, that is, organizations whose centralized management is governed by automated processes. In connection with the Internet of Things, inter-machine communication without a central intermediary can be realized via the Smart Contracts.
​
The examples show that Blockchain challenges traditional business and organizational models.

How To Apply Eyeliner

How to Play Guitar for Beginners